It’s been a few days since I’ve been able to provide a trip update but it’s not for lack of activity. I’ve had a very busy three days with, unfortunately, no means to access the Internet in order to post to my blog.

While in Southern Utah I visited Arches, Zion and Bryce. With over 1200 shots from the three parks, there’s no easy way to share them all with you. Therefore I’ll just pick a few shots from each park, trying to pick ones that best represent the characteristics of each.

Since I will now spend a few days getting some R&R with the family in Northern Utah, I’ll introduce each park on separate posts so that I don’t flood you with “TMI” all at once. That being said let me start with Arches National Park in Moab, UT.

Day 3 - Arches, as the name suggests, is known for the many natural arches that are formed by the erosion of the sandstone that is the basis for much of the park. Perhaps the most notable arch is Landscape Arch, which is a massive arch that is so thin that it is almost hard to imagine that it remains standing. 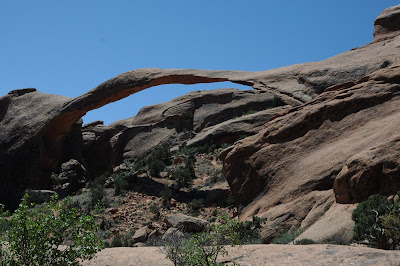 Many other arches also exist in the park, each of different size and configuration. As the arches age and erosion continues to take its toll, the park is continually changing as older arches collapse and new arches are formed. It's an amazing evolution that in its own way reflects the frailty of our own existence. 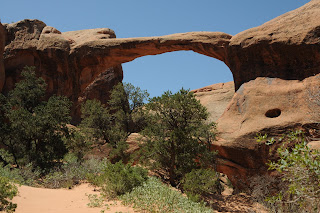 One other interesting aspect of the park is its red rock structures, again formed out of a mixture of clay and sandstone. These shapes can vary from complex conical shapes to huge mountains of red rock, each of which are impressive in their own way. 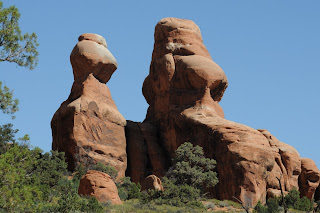 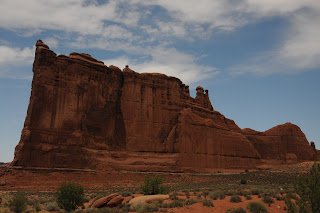 A final aspect of any Utah park is it's wildlife. Most prevalent are the Yak (according to me) but really an antelope (according to my wife), deer, squirrels and of course, lizards. 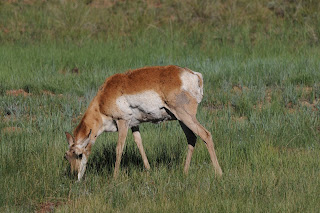 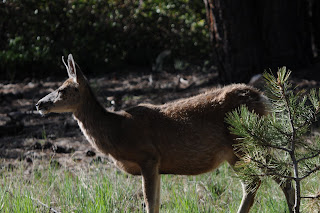 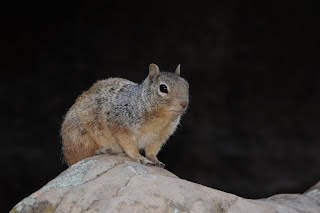 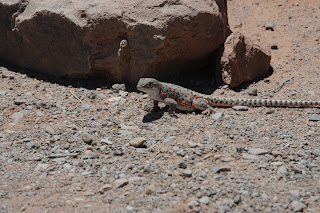 Posted by JKShutterbug at 5:52 PM