With a couple of days off the bike to rest my weary behind, today was a day for my wife and I to pamper ourselves by doing some of our favorite things in northern Utah. 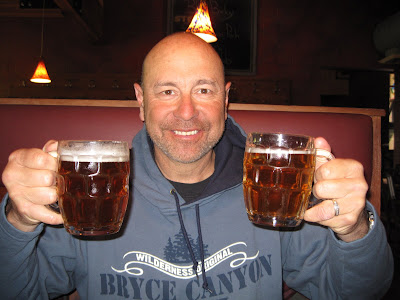 First stop was Park City, playground of the rich and famous (but they even allowed us there). The number one order of business, BEER!!!

We went to our favorite micro-brewery, The Wasatch Brew Pub. Here we sampled a couple of local brews including:

Raspberry Wheat - a nice wheat beer with a very light hint of raspberry.

HB-51 - A copper colored beer that commemerates the passing of the Utah law that allowed home brewing of beer.


Polygamy Porter - A dark beer that looks like a stout, has a smooth creamy texture, but has absolutely zero bite or bitter aftertaste. 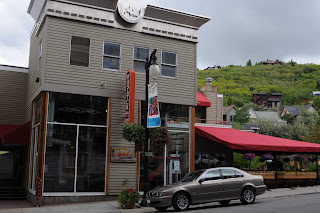 While enjoying our beer and nachos, we couldn't help but take a few pictures of our enjoyment and harass some of you back home who couldn't be here to join us. Sorry... 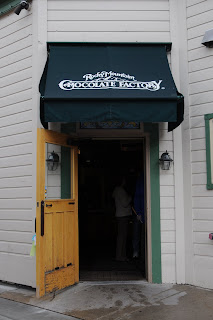 For those of you who have not been to a RMCF, they have some of the most sinful chocolate covered treats available. We got a couple of strawberries, to go, and started on our hunt for some High West Whiskey.

High West Whiskey was actually a request of one of Misty's work associates, but after some research we find that it gets rave reviews as a Whiskey that is hand made in small batches, right here in Utah. It turned out that their Park City Distillery was still under construction but we were able to find some at a state liquor store, so we picked up a few bottles. Mission accomplished.

The final stop of the day is a must do, any time you are in the Ogden a 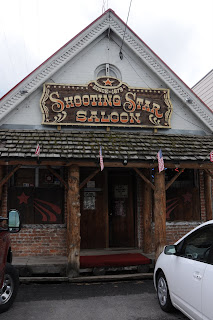 rea. It was the Shooting Star Saloon, the oldest bar west of the Mississippi to maintain the same name and home of the 'Shooting Star Burger', arguably the best burger in the world. This massive burger definitely rivals the well known 'Thurman Burger' (for those of you in Columbus). It's nearly a pound of hamburger topped with bratwurst, onion, cheese and of course, that special sauce. Since Misty and I had eaten a few hours prior, we split a small Shooting Star Burger which still satisfied us. 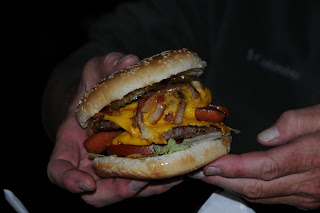 In my last post I had mentioned that inclement weather would prevent me from making the trip to Yellowstone, so as a substitute I bring you some of the wildlife inside The Shooting Star 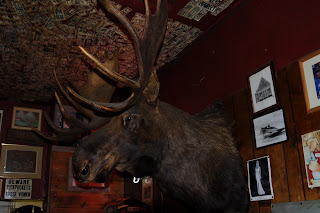 First there was the wild moose. A giant beast that I wouldn't want to meet in a dark alley


Next, it's the 5 point buck. A thing of beauty in the forest. 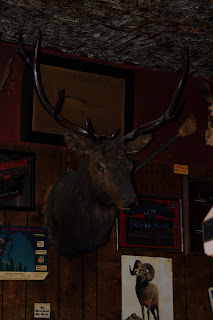 Then there's the St. Bernard. Legend has it that this is the actual head from the bar owners pet dog after it passed away. 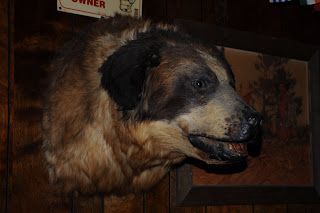 Then, last but not least, there's this beast... Don't Ask! 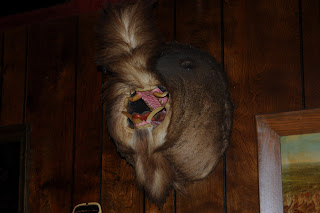 
Posted by JKShutterbug at 7:29 PM