Made it to Grand Junction - Thanks to Gyroscopes

It's 10:15p CST and I've been in Grand Junction, CO for about an hour. It was definitely a hard day of riding, primarily due to the strong canyon winds that pounded me most of the afternoon as I wound down the snake like stretch of I-70 that cuts through most of Colorado's finest ski resorts. Thank goodness a motorcycle has two gyroscopes that keep it upright when you're leaning into a curve while an unexpected gust hits. The day started with a wonderful breakfast at Stacey's Restaurant in Junction City Kansas. This place was a classic piece of americana. With it's clientel, primarily made up of local construction workers, farmers and soliders from the nearby base. While I was eating my biscuits and gravy, feeling like the obvious out of towner. I watched as the local sheriff, a friendly, yet somewhat homely looking young woman, would stop by each table and sit down with the locals as if to catch up on the daily gossip. You could sense that these were hard working, no nonsense people who lived for their daily rendezvous. 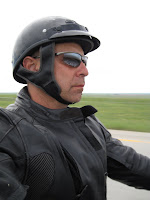 With my belly full and very satisfied, it was back to I-70W to finish the drive through Kansas. A lot of people think that Kansas is flat, but actually it is made up of many rolling hills. I would best describe it like the giant slide at the fair. On its 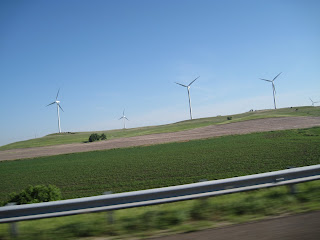 western border the elevation is over 3500' and it tapers down to around 650' in the east. Then throughout the whole state from west to east there's one hill after another. Just outside of Ellsworth there's a 10 mile stretch where there are hundreds of giant wind turbines. I can see why they picked this area as the wind was significantly higher here. After 6 more hours on the Kansas interstate, I was definitely ready for some different scenery; and that's exactly what I got. After climbing through the high plains of Colorado before I new it I was looking at mountains. Here's just a few shots. 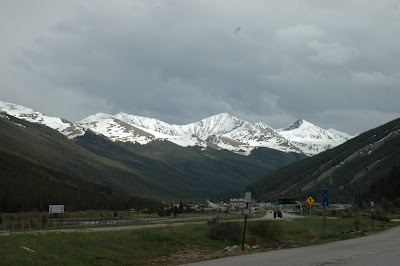 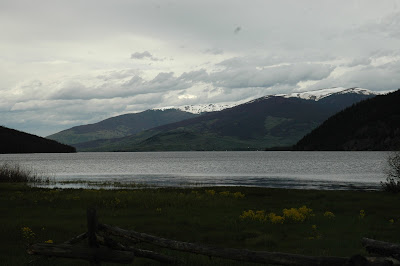 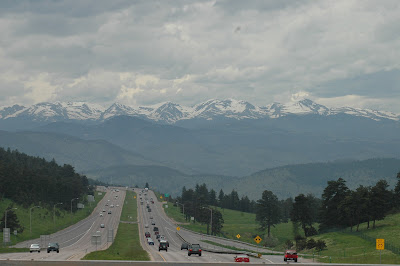 After a long day of riding I finally reached the exit for Grand Junction. As luck would have it the sun was casting a beautiful pink shade on the surrounding mountains. Even though there was almost no shoulder on which to park, I said "screw it" and parked the best I 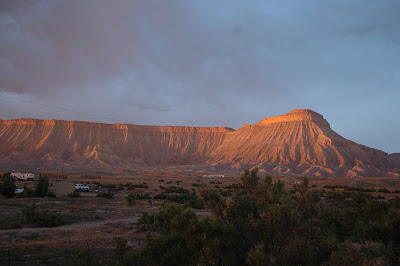 could right on the exit ramp. I quickly pulled out my camera, took a seat on the nearby hill and did my best to stabilize the camera, as the light was getting very low. Low an behold I was able to capture this shot (and a few more). This made my day as it is a glimpse of what's to come. I can't wait until tomorrow!
Posted by JKShutterbug at 9:12 PM